Brought to you by Lifetime Experience Safaris – When it comes to Safari travel we know you have a lot of choices! 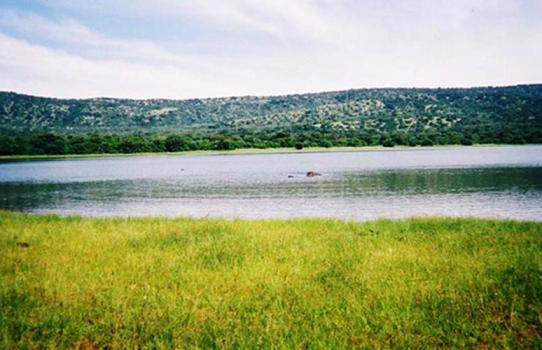 Rwanda is primarily known for Mountain Gorilla tracking of the Volcanoes National Park – Northwestern border of the country. There is however much more which is waiting to be discovered by visitors from around the world. Many people do not realize that you can go on a full blown safari while in Rwanda. Akagera National Park is east along border with Tanzania, 2½ hour drive from Kigali and can be visited on a long day trip if you’re on a tight schedule. The drive to Akagera is pleasant and far less hilly than to other parks in Rwanda.

Akagera is one of Africa’s oldest national parks, first gazetted in 1934, to protect animals and vegetation in three ecoregions: savannah, mountain and swamp. The park is named for the Kagera River which flows along its eastern boundary feeding into several lakes the largest of which is Lake Ihema. The complex system of lakes and linking papyrus swamps makes up over 1/3 of the park and is the largest protected wetland in central Africa spanning about 1,120km² (from the original 2,500 km²).

Much of the savannah area of the park was settled in the late 1990s by former refugees returning after the end of the Rwandan Civil War. Due to land shortages, in 1997 the western boundary was regazetted and much of the land allocated as farms to returning refugees. Although much of the best savannah grazing land is now outside the park boundaries, what remains of Akagera is some of the most diverse and scenic landscape in Africa

Akagera Parks is an expansive and uncrowded, an excellent place to experience the savannah ecosystem and see a broad range of wildlife.

Safari drives is the main activity in Akagera National Park. Although this park is small compared to other savannah parks in Africa, Akagera is certainly a gem in Rwanda. The landscape is stunning and you can see a lot of different animals in a short amount of time. Akagera’s wildlife has increased significantly over recent years and the latest count estimated that the Park is now home to some 8,000 large animals. The new perimeter fence completed in late 2013 should also impact positively on numbers.

No big cats yet though. Apparently they're still on the cards but a little delayed!! Plans are afoot to reintroduce lions and possibly rhinos, making Akagera National Park a “big five" destination once again. In the meantime, because of the lack of predators, game is surprisingly relaxed and relatively easy to spot – as long as you don’t expect massive numbers, an Akagera safari won’t disappoint.

Despite the park’s size, Akagera’s wildlife is diverse. Beauty can be seen anywhere regardless of size and Akagera certainly deserves recognition. In just a short amount of time you will be able to see Burchall's zebras, giraffes, impalas and topi (known as tsessebe in Southern Africa), bushbucks, eland, African swallows, vervet monkeys, baboons, wart hogs, mongoose, hippos, crocodiles, and even an elephant. There are actually more than 120 elephants in the park. Other mammals include oribi, Defassa waterbuck, reedbucks, sable and roan antelopes, buffalos and many more. The most stunning drive from south to north in a day. Enough animals to keep give you great experience and the most glorious views from the top of the mountain across Lake Ihema to Tanzania.

One massive bull elephant in particular is well-known across Rwanda, having been semi-habituated when younger. Mutware is the grumpy old man of Akagera – at 50 years old. He’s magnificent. With the recent mass killings of African elephants in neighboring countries, he survived and still has his beautiful tusks attached to his body, where they belonged. He can be calm but can as well be anti-social and your guide is likely to change direction should you encounter him on a drive. Bull elephants can be dangerous at times when provoked and not too long ago, another elephant demolished a 4X4 vehicle in the park. Fortunately, no one was in the car.

Note that each safari location is different. If you go here expecting as many animals as Kenya, Tanzania or even Uganda, you'll be disappointed. However, what you will get is a personally tailored experience. Plus you will be able to get closer to the game than in any other park. Something to think about if you're in the region.

Tip: Make sure your fuel guage shows 'full' before you enter the park: it's a long way to the nearest petrol station!

You can also take a boat safari in Akagera Park on Lake Ihema where you see hundreds of hippos and crocodiles. The boat cruise gives you a chance to have clear view of more game including buffalo and elephants which tend to gather at the banks to drink water. You will also have an opportunity more water loving bird, such as fish eagles, shoebill stork, heron, kingfisher, papyrus gonolek among others. The boat trip on the lake costs 30 USD per person during the day for an hour with a guide.

Akagera Park is simply beautiful landscape, wildlife and quiet, - and having a good guide certainly helps. You will absolutely be amazed by the views and the wildlife.

Tip: Make sure to take snacks and pack yourself a lunch or ask your tour operator if they include a meal. And If you're going to attempt it in a day from Kigali though be advised, it will be a very long day driving

Allow 7-9 hours of driving on dirt roads in a 4x4 to do a loop from the southern entrance to the north and back. Travel along the Lake Shore Road for the best chance to see large mammals.

If you are into bird watching, it is a birder's paradise. Birding safaris are popular amongst r visitors to this park. You will be amazed by the immense variety and abundance of species. From the vast concentrations of waterfowl to the myriad of savanna species, there is never a dull moment, with over 500 species recorded in Akagera. If you are a bird enthusiast, this is quite lovely spot for you to check out several endemic species as well as rare gems such as the near threatened papyrus gonolek (Laniarius mufumbiri) restricted to papyrus swamps. Other species include; the gorgeous lilac-breasted roller, black headed gonalek, heuglin’s robin-chat, grey hornbill, ross’s turaco, crested barbet, red-faced barbet, swamp flycatcher (Muscicapa boehmi) and many more.

It's one of the best birding areas of the world with the highest number of species per unit area. You should not miss visiting Akagera National Park. I will highly recommend it to Birders.

The southern area has a wonderful variety of birds and butterflies, more rewarding for birding than the North which is good for larger wildlife.